Are venture capitalists open for business? Global venture funds such as Sequoia Capital and Vertex Ventures say they are, but they’re now operating in environments that are drastically different from just a few months ago.

The days of cheap, accessible and easy travel are over. Consumer behaviours have shifted substantially, favouring aspects such as health and security over convenience and co-sharing. The very nature of due diligence (DD) has altered for fund managers as well, with VCs like Sequoia Capital taking a preference to assess more digitally-enabled businesses as the coronavirus threat continues to hover over the region.

“If you want to get a product demo, you can get it done on Zoom. If you want to look at metrics, same thing. If you want to talk to customers who are digital, it’s relatively easy for us to set up a call with any of them,” he continued.

This is quite different from more “physical” businesses like coffee chains for instance, where investment teams typically need to fly down to experience the business for themselves.

Chua Kee Lock, CEO of Vertex Holdings, laid bare three scenarios for the global economy in the next 18-24 months ranging from the most positive scenario of a gradual tapering of the number of new coronavirus infections from next year onwards to the most negative one – a mutation of the COVID-19 virus which will lead to more infections in the long run.

“We’re asking ourselves – in each of these scenarios, how can we do a better job in terms of investment, portfolio management and execution going forward?” he said.

“Down markets” like this one usually present opportunities for plum pickings, especially when VCs are as well capitalised as Sequoia and Vertex. In fact, the quality of deal flow has already begun to show improvement since last year’s WeWork fiasco which drove a wider flight to quality, said Sequoia’s Anand. Both VCs acknowledged that venture funds usually perform best during a market dip and this year will be no exception.

“All venture funds’ vintage for the downmarket usually performs the best. The reason is just simple economics in numbers. Innovation happens every day, every night, entrepreneurs will keep setting up companies. Founders also get more realistic with their valuation expectations,” explained Chua.

Both noted that while they had not seen significant differences between the Southeast Asian and Indian markets, the latter is likely to see more cooling in the near-term after India’s Prime Minister Narendra Modi announced last month that India would limit foreign direct investment (FDI) flows into the country.

This has impacted Chinese investors the most, who have been steadily pouring capital into the Indian market over the last few years. Southeast Asia on the other hand, is likely to experience a more subdued impact thanks to private capital accumulated in the last few years, shared Chua.

But beyond cold hard money matters, the COVID-19 pandemic has also brought home the importance of social issues in the investment process, such as founder mental health.

“Entrepreneurship has always been an incredibly lonely journey,” shared Anand. “A lot of founders have to project an aura of confidence while hiding or suppressing any sort of questions or doubts that might exist in their minds. As a result, founders typically tend not to be very vulnerable.”

He likened entrepreneurship to running an “ultramarathon” which requires founders to stay in top form for at least 10 years in a row, something not even the world’s top sports teams are able to accomplish.

“How many professional sports teams have managed to stay at the top of their game for 10 years in a row? I’ve really struggled to think of any such team, but that’s what every founder has to do, The way you do that is by focusing on longevity, not 10 one-year sprints. I think it’s always been important,” added Anand. 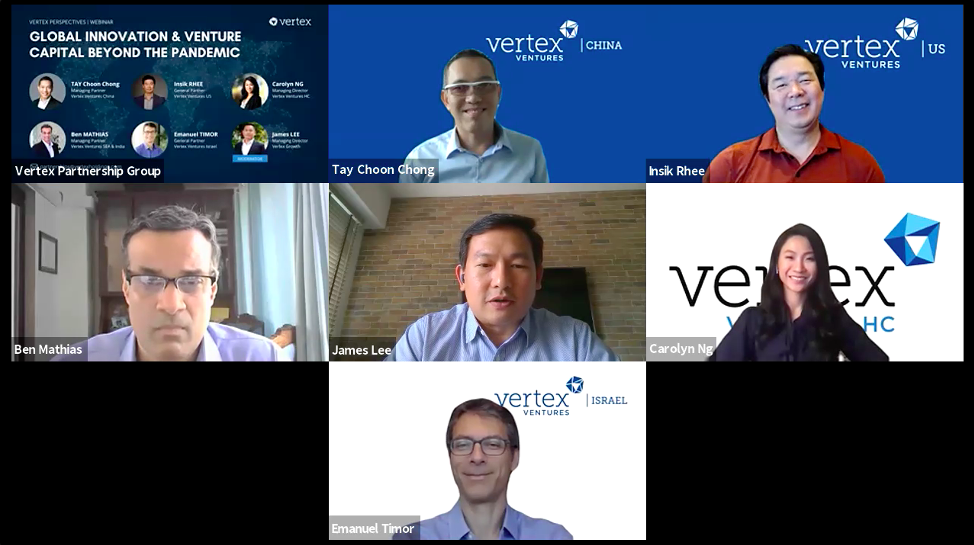 Video highlights from the discussion are now available. Hear from our panelists as they share their perspectives on how COVID-19 will impact global technology trends and venture capital activities.

We are proud of the work our founders and start ups are doing. Here are the latest updates on the portfolio companies across the Vertex network.

Omakase and The Art of Venture Capital 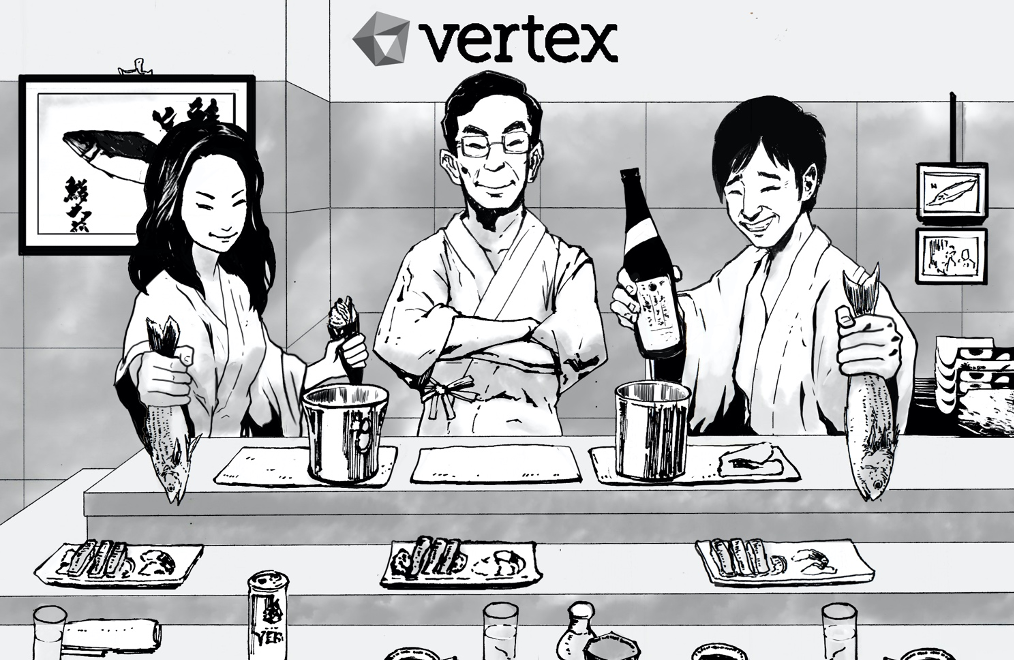 CHUA Kee Lock, CEO, Vertex Holdings, “Venture capital is a people-centric business. The best start-ups with transformational technologies or disruptive business models can come from anywhere in the world. Our leading investment partners - natives in key startup ecosystems, with deep knowledge and networks is what makes Vertex special.”